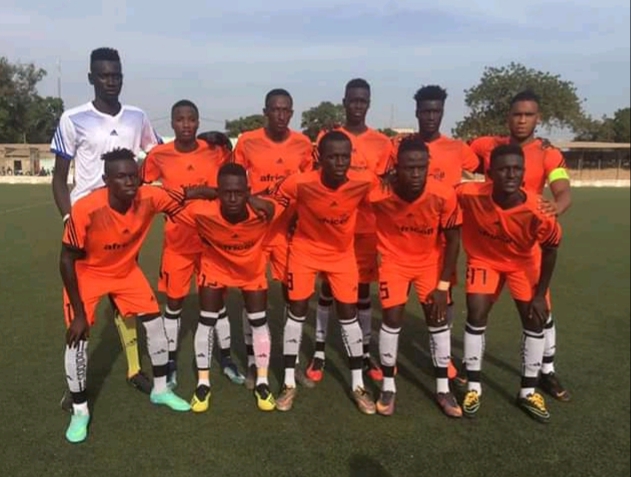 Bakau scored twice in a space of four minute to beat winless Farato Busumbala Yundum (FABY) 2-1 in Group A clashed and reignited their Brasil of the Gambia claimed.

With both teams losing their respective first matches against Kombo Central II and the defending champions Serekunda East, They was no room for error.

Bakau hit the ground running and just four minutes into the encounter, it was 1-0 for Bakau thanks to a delightful low free kick by Ousman O.B Sanneh. Ousman roled a free kick underneath of FABY four-man wall and the ball eventually eluded everyone to go to into the net.

Following Bakau’s early exploits, FABY made a substitution to bring in on, Landing Colley for Basirou Jammeh and the coach’s substitution bored fruit. Landing’s ball control and vision help FABY to slightly controlled the match. And in the 14 minute, Wuyeh Dahaba drove home a 30 yard shot to reduce the deficits to 2-1 and his goal ended up as a consolation.

On the half hour mark, Bakau forced the young FABY goalkeeper to make two smart saves in a split of seconds. First he was on full stretch to parried away Bakau’s Sulayman Drammeh’s freekick and he made a reflexive save from Bai Edrissa Jammeh’s close range rebound to keep the scoreline at 2-1.

Landing Colley was on song since his introduction in to the game in the first half, Landing cleverly chip the ball for his striker, Abdou Gadirr Barry who shot straight to the keeper when he has the goal at his mercy.

The young boys from Farato Busumbala and Yundum had a great chance to bring the match to sanity just at the stroke of the first period. Abdou Gadirr, fed his partner, Ebrima Minteh who balloon his shot high over the bar.

Bakau’s striker, Modou Lamin Marong played a quick one- two pass with his number 10, Sulayman Drammeh before he hit the side net from closed range in the 58 minute.

Both teams were comfortable on the ball. At some point of the match, Bakau experience midfielder, Lamin Camara was just knocking the ball around to frustrate FABY players and their faithfuls. The clock was surely ticking in favour of the traveling Bakau fans. Bakau could have buried the crunch encounter in the 79th minute if not for the selfishness of their striker Modou Lamin Marong, who went in for glory instead of spreading the ball for his captain Lamin Camara who was on mark.

FABY almost broke the heart of the traveling supporters in the 84th minute. Their mesmerising forward, Modou Lamin Jatta display some skills in the box to elude a whole lot of Bakau defenders for only him scooped his wide.

Al Jazeera Journalist Is Killed During Clashes in West Bank 0

The Top Social and Collaborative Learning Platforms For eLearning (2022) 0

Everything We Know So Far – Hollywood Life 0