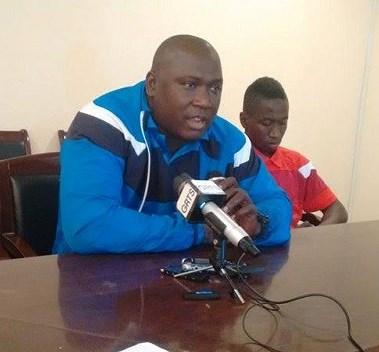 Gambia U23 coach Omar Sise has fired back at people who are questioning the legibility of his coaching license by saying they should mind their business and stop lying against him.

Mr. Sise believed some Gambians have stated a smear campaign against him. Sise said he is not bothered with those criticizing him because he acquired his license through the right process. “I am not bothered or moved by their criticism on me; I will asked Gambians to mind their business and stop spreading lies against me’’ he said.

While elaborating on the matter, Omar Sise urged Gambians to supports each other and stop the infighting. He said he is proud of himself and even if his coaching career stops here he will be satisfied.

When asked how he acquired his coaching license, Sise said he applied through the United States Soccer Federation in 2007 and got enrolled.

‘’I applied at the US soccer federation school in 2007 and my application was accepted, I went to the US to do my coaching course at the time Bob Bradley was the director of coaching education at the school, before he became the United States head coach”. Sise said.

Omar Sise is set to lead the Gambia National U23 team to the playoffs of the West African Football Union championship (WAFU) in Senegal this month. Omar and his charges will face Ghana in the playoff on the 1st October 2019.

“We are ready to win in a neutral ground, we will revenge against Ghana because the last time we were robbed by the referee and i complained about it, everyone thought i was mad, after a few months i was vindicated”.

The tournament’s new format features a knockout competition with the winners of phase one progressing to the Cup Competition, while phase one losing teams will drop down to compete in another competition named ‘Plate Competition.’

In other pairings, Nigeria will face Togo, Mali against Niger while Cote d’Ivoire entertains Cape Verde. Morocco will participate in the competition for the first time and they have been paired against Liberia in the first phase.
The Atlas Lions are the first North Africa side to take part in the West African Football tourney, which was revived in 2017.
By Lamin Fadera

15 Things To Do in Bozeman in The Winter 0

The Best Places to Babymoon in Cabo • The Blonde Abroad 0