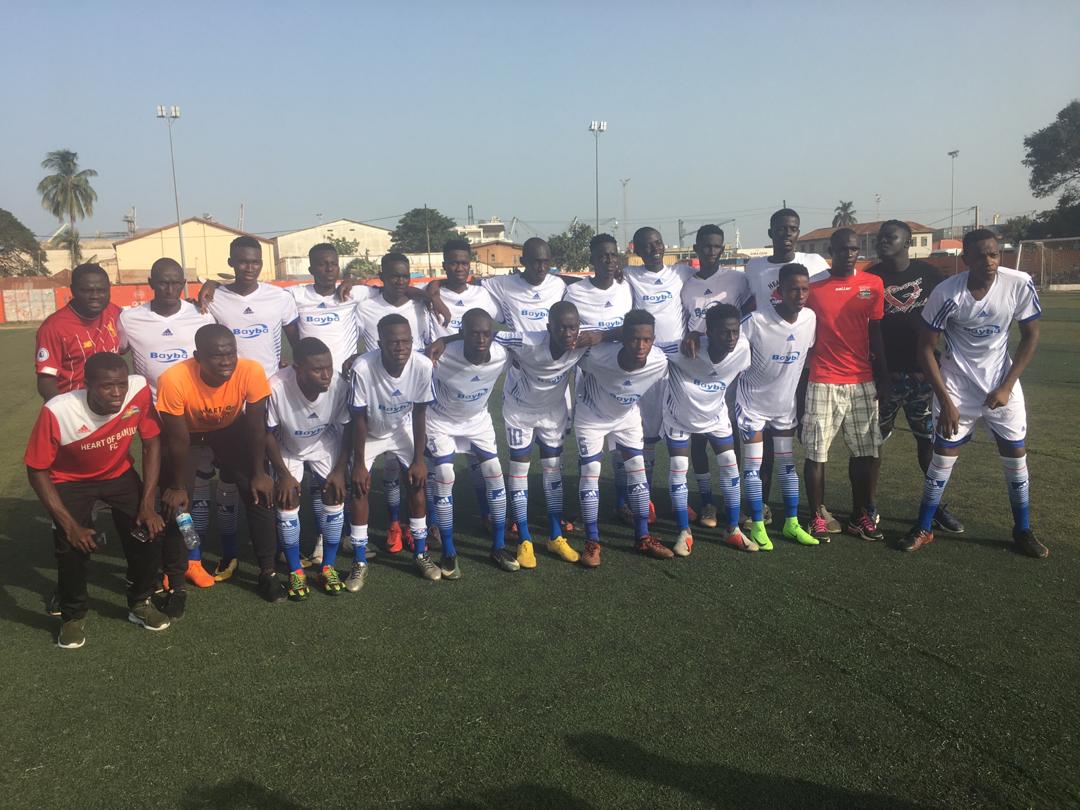 Hearts of Banjul on Friday, beat Warriors FC 1-0 to clinch the Bayba Financial Services sponsored knockout trophy and, at the KG5 Mini-stadium in the

Gambia lost to Australia in Pool B opener
‘Players Are Irresponsible And Disrespectful to Their Country’, Says Saintfiet
Swansea Stun Greater Tomorrow

Hearts of Banjul on Friday, beat Warriors FC 1-0 to clinch the Bayba Financial Services sponsored knockout trophy and, at the KG5 Mini-stadium in the capital.

Ousainou Trawally’s solitary goal on the 76 minute was all Hearts of Banjul needed to be crowned champions, and took home D35,000 as winner.

Warriors were the dominant side in the opening minutes of the game. They launched a counter attack on the Heart of Banjul defence which ended with Muhammed Mbye, but his goal bound shot went straight into the hands of Imran Kalokoh, the goal keeper of Heart of Banjul.

Muhammed Mbye again came close again, to putting his side ahead but missed. Hearts of Banjul were tactically disciplined to avoid to be punished by their opponent.

The first half ended goalless between the two teams.

Resuming from the locker-rooms, both teams tried to approach a different dimension, knowing fully well that it is the final half of the game. As both sides push to take the lead and they both were equally cautious tactically.

It wasn’t until the 76th minute of the game when Hearts of Banjul wins a free kick inches from the 18yards box. Sering Modou Kebbeh sent in a clever cross that was met by Ousainou Trawally, who made no mistake as heads it into the back of the net. To give Hearts the lead and sending fans into a wild celebration.

Warriors assaulted Hearts of Banjul with series of attacks, looking for an equaliser but to no avail.

The final was attended by hundreds of fans, and among them was filled to capacity with elders of Banjul and other notable dignitaries in Omar Touray, Deputy Mayor of Banjul, Fatoumatta Njai Member of Parliament for Banjul South, Lang Tombong Tamba, the 3rd vice President of Gambia Football Federation (GFF) who’s also the Super Nawettan Chairman and Sadibou Kamaso Exco Member of (GFF).

The two sides will meet again when they face-off for the league final on Friday, 1st November 2019.

Kidney Disease Results so Stunning They Quashed the Evidence? 0