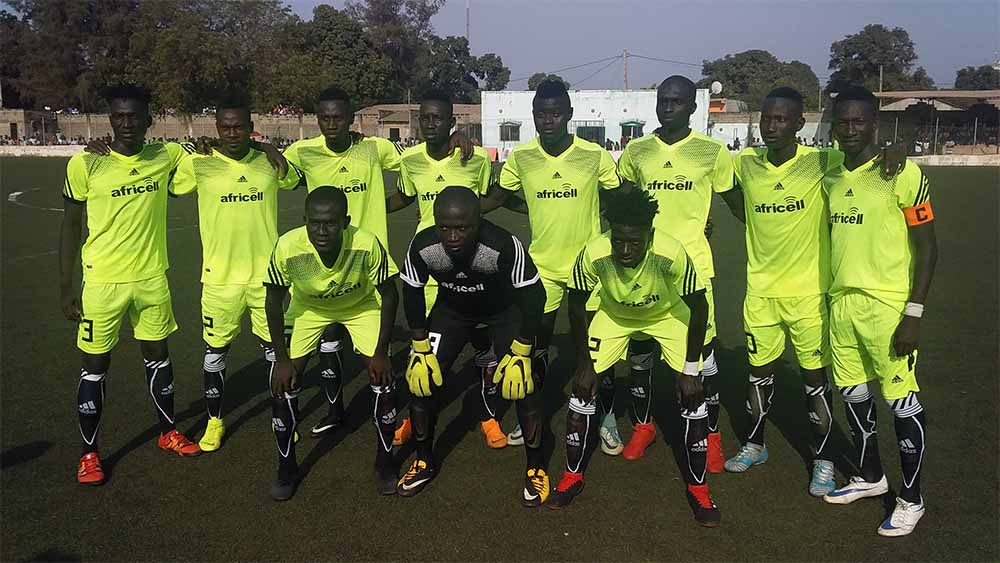 Lamin Samateh Sends Bonto To The Semis Of Kombo East District
Sulayman Kuyateh Set to Sign For a New Club
‘Players Are Irresponsible And Disrespectful to Their Country’, Says Saintfiet

Lamin Badjie who was born and brought-up in Foni scored one and assisted another to help Brikama to a 3-0 victory over Foni in the Africell Super Nawettan, at Boxbar on Wednesday.

Lamin Badjie, the Brikama number 10 who comes from Foni Kampant caused Foni all sort of problems throughout the game. He operated both on the left and right wing, and used his dribbling prowess and vision to beat his markers and pass with ease, in the Brikama diamond formation.

The Kampant born created the Brikama opening goal on the 37th minute. Lamin received the ball on the left wing just into the Foni half, he cuts inside and set a defense splitting pass for his captain, Papis Nyassi who took one touch before slotting the ball pass Foni goalie Amat Camara.

The Greater Tomorrow Academy youngster puts his name on the scoresheet on the 77th minute. The number 10 beat his opponent with a chest control from Abdoulie Baldeh’s cross and slot home from inside the Foni box.

Captain Papis rounds off the s oring from the penalty spot after Bubacarr Sanneh was fouled by defender Seedy Mboob who was red carded for the offence.

When asked how he feels about playing and scoring against his home team, Lamin said; “This is football it doesn’t matter where you came, what matters the jersey you put on. For me any jersey I put on, i play upto my level best so it doesn’t matter whether I’m from Foni or Brikama”.

Asked why he did not celebrate after scoring, he said; “I am not happy, I am from Foni and i didn’t celebrate out of that respect”.

Ebrima Camara, the assistant coach of Foni said of Lamin’s performance; “I understand Lamin totally, he’s from Foni but this is football so he had to do his best for his team”. On Lamin not celebrating Mr. Camara said, “of course I know he’ll not celebrate because he’s from Foni and he has friends in the team”.

This is Foni’s first game in the group, but the second for Brikama who now won two in two games with six points. Brikama’s next game will be against Kombo East on Friday 8th Oct at Boxbar, whilst Foni will play Serrekunda Central on the 10th October at the Manjai Park.