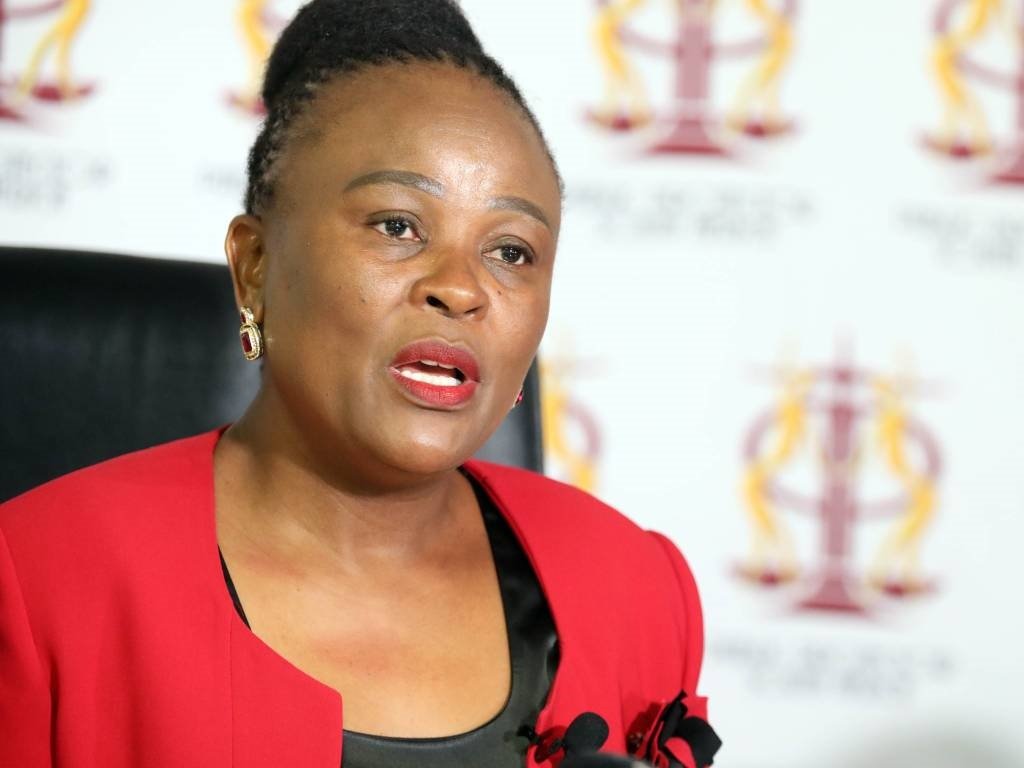 Public Protector Busisiwe Mkhwebane is expected to open a police case against Ismail Abramjee on Thursday.

It follows an unsolicited text message recently sent by Abramjee to the counsel for Parliament, Andrew Breitenbach.

In the SMS, Abramjee – who describes himself as “a qualified and respected legal analyst and a commentator” – stated that he had it “on very good authority that the ConCourt has declined to hear the Public Protector’s rescission application”.

The message resulted in Mkhwebane’s counsel, Dali Mpofu SC, asking the Western Cape High Court to postpone her interdict application against Parliament and President Cyril Ramaphosa to 18-19 May.

In a statement by Mkhwebane on Wednesday, she said: “This suggested that the apex court’s decision was leaked to Mr Abramjee before being made public.”

Abramjee, however, insists his message to Breitenbach was based on media reports and “my own legal analysis”, and not on any “inside information or knowledge” from the apex court.

In March, Mkhwebane had asked the apex court to rescind its ruling that almost all of the rules governing Parliament’s pending inquiry into her fitness to hold office – barring the now invalidated rule that she was not allowed legal representation – were lawful.

She has maintained that the interests of justice require that it must be reversed.

Mkhwebane has since approached the high court to block Parliament from proceeding with that investigation and prevent Ramaphosa from suspending her, pending the Constitutional Court’s decision on that rescission application.

Mkhwebane said the decision in question had a profound bearing on the proceedings before the Western Cape High Court.”The leaking of such sensitive information, if established, will also have a huge bearing on the rule of law and the independence of the judiciary,” it said.

Mkhwebane will visit the Brooklyn police station on Thursday afternoon.

Her office indicated the charges she would like the police to investigate would be revealed once she handed over her affidavit.

We want to hear your views on the news. Subscribe to News24 to be part of the conversation in the comments section of this article.

A Reporter Returns to Australia, a Pandemic Later 0